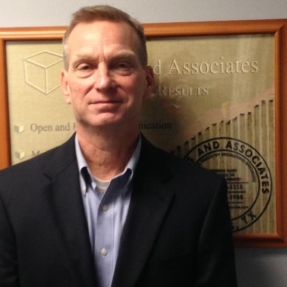 There’s no doubt that members of the up-and-coming Millennial Generation get a bad rap: they are lazy, dependent upon technology, irresponsible with money, inherently narcissistic, and it’s taking them longer and longer to reach adulthood due to a certain reluctance to grow up. They’re depicted as childish, petty victims of ‘failure to launch’ syndrome.

Of course, as we discussed in our previous issue, some of these perceptions can certainly be attributed to the ‘get off my lawn’ attitude of the previous generation. But all one needs to do is get on a city bus or commuter train to notice the change: faces illuminated by smart phones, tablet computers and e-readers. Some might argue that kids these days are more comfortable interacting over a screen rather than face-to-face, and they might be right – Millennials are the first generation that has grown up with such technology.

And they are looking for work.

While sometimes it seems all those screens will cause every day, face-to-face conversations to go the way to the dodo, consider: technology use among today’s youth may not be a bad thing when it comes to the workplace. In fact, recent graduates and those with less industry experience play an important role in a well-rounded, diverse workplace team.

Millennials have grown up in a world proliferated by technology and because of this, they possess a go-get-it attitude, and they’re comfortable when it comes to getting creative with their skills. If they don’t know the answer, they usually know where to find it, and they don’t shy away from difficult problems.

The Inherent Gamble on the Inexperienced

Of course, as with any hiring decision, there are some important factors to keep in mind when considering less experienced employees. Inexperienced new hires, especially those with little work history, may seem like a gamble – you’re taking a risk on their potential rather than a proven track record. What if their unique set of skills, which sounded wonderful on paper, fails to translate into real-world practice?

Even if it does work out, new hires with little-to-no industry experience will require significant orientation and training to prepare them for the tasks at hand. Then, once they’re on the job, they will need to work harder to prove themselves. This sounds like a good thing, employees working hard, but at this stage, it inevitably leads to power posturing, which will always put the more experienced workers on edge.

If a less experienced applicant is giving you pause, it may also be because the up-and-coming workforce has a tendency to jump around from job to job, trying out different positions and careers before committing to one for the long haul. Once you hire, you’re going to have to work to keep them grounded.

Skills for the Twenty-First Century

Because they receive such a thrashing in media outlets today, it’s often easy to overlook the advantages of hiring a newer crowd. As I mentioned earlier, digital natives are comfortable with technology, which empowers them in the quest to find creative solutions to pressing industry problems. Oftentimes, it seems as though pervasive technology is a bad thing (“Kids depend on it because they’re lazy!” “iPhones are taking over the world!”), but when a company is looking to increase efficiency and update operations, this digital fluency is a huge advantage.

Technology aside, don’t forget that the up-and-coming workforce has yet to be jaded by years spent in the industry. How many times have you been hindered in an update by long-time employees resistant to change? If it hasn’t happened to you directly, perhaps you’ve heard tell. Whereas experienced industry professionals are likely to be set in their ways (and their bad habits), those new to the industry provide raw talent – they can be molded to your perfect employee. An ideal asset.

With a new generation comes a fresh perspective, a renewed sense of enthusiasm, and a willingness to try new things, attributes that are important for any well-rounded team. And while it shouldn’t be a deciding factor, it’s worth noting: employees with less industry experience garner a smaller paycheck.

Workplace Diversity is in Your Hands

In our conversation surrounding workplace diversity, we continue to return to one key question: what type of culture do you want to establish in you plant? Are you looking to tow the line and maintain the status quo? If so, perhaps you shouldn’t be looking for a recent graduate. But if you’re interested in innovation, efficiency, and growth, it might be worth your while to take a risk on new talent.

Ideally, a diverse workforce comprised of both experienced and inexperienced employees puts you at an advantage – you retain the wisdom and expertise of those that are familiar with the industry, while also fostering the youthful enthusiasm, creativity, and technology know-how of those new to the game.