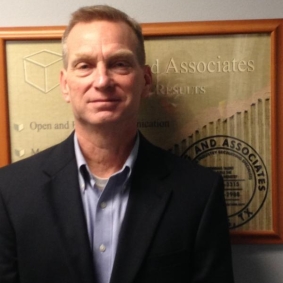 I recently had an interaction that I bet a lot of you can relate to:

One of my daughters called from college to vent to me about a bad grade she earned on a recent test. She let me know that she did everything she could and still didn’t do well.

I asked her if she had been to all of the classes, and she answered, “most of them.”

I asked her if she had been to the professor’s office hours, and she responded that she “didn’t need to, those aren’t that helpful.”

I asked her if she spent the weekend before studying or if she went out with her friends. She said she “studied some, but also went out.”

I asked my daughter how she could say she had done everything she could if she missed class, didn’t take advantage of office hours and didn’t use her time to make sure she understood all of the material, rather than going out with her friends. At this point, my daughter began to get frustrated and told me that I just didn’t understand. The test was too hard. I was being unreasonable.

She was right about one thing: I don’t understand.

And you know what? All of it is my fault. It’s all on me!

When things are good, I take full credit for the booming of business. I celebrate the wins. So when things are bad, I feel I have to take equal ownership of my practice.

When I hit one of those rough patches where placements are falling apart and I can’t find the right fit for my hottest searches, I could blame the economy. I could blame the can
didates I’m working with for being too wishy-washy. I could blame clients for not acting with enough urgency or not knowing what they want. I could even blame the President, (Thanks, Obama!) or my Swedish heritage as the cause of my disappointment.

Now, does that mean I can control everything and everyone? No, and I don’t want to. My job, very simply, is to present options and consult. If the options aren’t right for either side, then it’s on me to find others. If it turns out a candidate wasn’t totally truthful, it’s on me to seek out the truth or find a new candidate. If the client isn’t being reasonable about their expectations on a search, it’s on me to work with the client to see where the problem is, or find a new search to work on.

I fully believe in taking ownership of my life and my recruiting practice. There is definitely stuff that I can’t control, but how I prepare for those inevitabilities, or how I react to those surprises, is all on me.

So, I would encourage you to do the same.

If you’re coming home every night/morning and venting to your spouse about how you wish your company would do something differently, or how “unfair” a situation is, but you’ve not done anything to try to facilitate that change, then you are part of the problem. Maybe the biggest part of the problem.

Take ownership of yourself and your career.

If there’s something you think should be changed, take initiative, or take it to a superior to figure out how to fix the problem. Very simply, DO SOMETHING. If you think you’re being treated unfairly, be open and honest and work through the issues. Or move on.

If it turns out that the problem is something you’re doing wrong, then fix it. But don’t whine about how unfair something is and do nothing about it. Own your behavior and your life.

Take ownership of your actions and stop making excuses and pointing the finger when things go wrong.

That’s how you build a successful life and career in any business.