When Teresa asked me to write about the Baby Boomer Generation for a newsletter series she wanted to do, I thought it was a great id 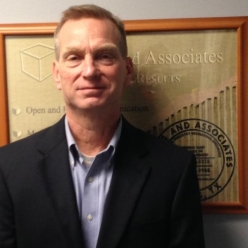 ea. As the only Baby Boomer in an office of GenXers and Millennials, I probably have a different perspective than some.

When I think of the big events of my life that shaped how I view the world, there are certainly a lot of things that come to mind: wars and political scandals are the first. But to me, the defining moment for younger Boomers like myself came in July 1969.

As a child, I sat with my entire family around our black and white, 19-inch TV and watched the Apollo 11 Moon Landing. It was the only thing you could watch. First, because it was on all three channels that existed at the time, and second because there was only one TV in the house, so we all crowded around it.

For all Boomers, it was a huge occasion, whether they were 23 or just a child, like me. It was “one small step for man, one giant leap for mankind.” Everyone saw it, and everyone that was alive at the time can tell you where they were when it happened. It was all anyone could talk about at school the next day.

We all took that giant, American leap.

Events and advancements, like the moon landing, helped give Boomers an incredible sense of national pride. The Boomer generation started after World War 2, where it was arguably American Manufacturing that won the war for the Allies. We had won the war on two fronts. We were out of the Great Depression, and anything seemed possible.

Boomers were raised on the American Dream.

The American Dream centered on hard work, long term commitment, and the very gradual ascent to owning a house, 2 cars, and having a wife and kids. In my house, successful business leaders were smart, possessed an enormous work ethic, and the grit to stay the course through adversity. Business owners and leaders were admired for the benefit that they brought to country. They earned a good living, paid their taxes, and lived good lives. Employees were proud of and loyal to the companies they worked for.

I was raised with the belief that I could have anything I wanted in life, as long as I was willing to put in my time, and work my ass off for it.

Because of this, I have a big problem with the sense of entitlement that has developed in the world. And, I don’t blame it entirely on the generations that followed us Boomers, we certainly developed an entitlement of our own, but it does seem pervasive in the younger crowd. Everyone’s feelings are hurt all the time, and everyone choosing to be offended, on both sides of the aisle, about every little thing the other side says.

This leads to the ultimate question: how should younger generations communicate with their Baby Boomer bosses, peers and subordinates?

I’d argue that communication with Boomers is best handled directly. No one wants to hear about your feelings besides your mom and your shrink. Any sentence that starts, “I feel that” has already lost my attention.

Give me your argument, support it with data, and tell me what the opportunity is. If you have something you want to achieve, tell me how you’re going to work for it. Tell me how the thing you want my help with is going to help me maintain my American Dream.

Don’t expect me to jump on board with every technological change. They happen too quickly these days, and most of them solve problems that were only problems to the incredibly lazy.

If I don’t agree with you, don’t storm off in a tantrum. Prove me wrong or shut up.

Oh, and speak up! I can barely hear you.