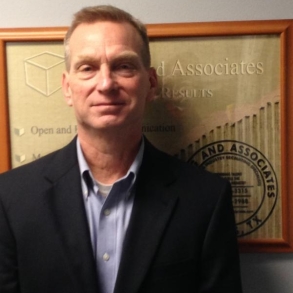 In this edition of Outside the Box, I want to discuss the next type of relationship: Commensalism.

Commensalism is any relationship from which one party benefits while leaving the other unaffected. An example of this type of relationship includes raccoons and apartment complex tenants. The tenants throw out their garbage and the raccoons eat the garbage. The raccoons benefit from the food, while tenants are largely unaffected by the relationship.

These relationships can be found in the short term in many of our lives.

Most of the temporary, daily relationships we have with the people we meet in passing can be classified as commensalism.

The person you slow down for to let merge into your lane on your drive to work. The person you hold the elevator door for is another example.  Another person benefits, but you don’t benefit or take harm as a result.

Donating old clothes to the Salvation Army or Goodwill is another example. Those in need benefit, but you are neither harmed or helped (excepting a possible tax break) by the deed.

There are some short-term relationships at work that can be classified as commensalistic as well.

For instance, for someone hungry for hours and overtime, the vacation of a coworker may allow them to pick up more hours. The vacationer is not harmed or helped by this other employee getting extra hours, but the recipient of the extra time benefits greatly. (This can also be a parasitic relationship at times if the other coworker is forced to take the extra hours, but we’ll save that thought for another time.)

Because of human nature and the way our society is set up, most relationships that are considered commensalism will eventually turn mutualistic, benefiting both parties, or parasitic, benefiting one at the expense of the other.

The clearest example of this that I can think of is the friend you let crash in your guest bedroom for a few days. Your friend benefits from your hospitality with a place to stay, while you are not harmed or helped by someone taking up a bedroom you weren’t using anyway. However, after a little while, that friend either becomes a drain on your resources and wears out his welcome, becoming a parasite, or he pays rent, cooks, cleans, whatever, and becomes a mutualistic relationship. In either case, what was a commensalistic relationship in the short-term didn’t stay one for very long.

So, if there’s only one thing to be taken away from this article, it would be my advice to just be aware of when that switch happens from short-term commensalism to long-term mutualism or parasitism.

Most often Commensalism is going to come in the form of helping a friend, family member, or coworker out. You feel good about it, but it generally doesn’t harm or help you initially, while benefiting the other party. After a little while, this kind of relationship can take its toll and slide into a parasitic relationship, so my advice would be to just be Open and Honest about it with the other person.

Everyone likes to help out; no one wants to be taken advantage of.