Based on this week’s Hallmark holiday, I have a question for you all: Why do people get married? 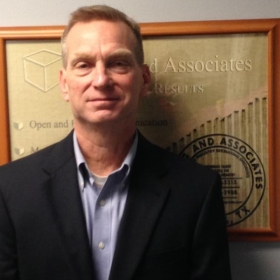 Pop culture would tell us that the one and only reason is love, but, as with most things, the reality is much more complicated. Sure, passion and the emotional component play a big part, but there are other, legitimate, and practical, reasons for marriage.

There’s security in marriage that most single people don’t have. Traditionally, there’s the promise of growth, in the form of children. There’s the splitting of responsibilities at home, and the lessening of the financial burden if both parties are working.

Now, many of you have heard me say (or read in this newsletter) that accepting a job and building a career with a company is just like a Professional Marriage, and this metaphor applies here too.

Most of us had jobs when we were younger that we worked for a spell before moving on for whatever reason. Some probably had one-night jobs as an independent contractor that we took because we were desperate, but would never want to do again. But most people’s goal, even as they are working those other jobs, is to find that long-term, career fit. Why?

For the same reasons people get married: Passion, the Possibility of Growth, and Security.

It’s the passion of youth that has many young people jump into their careers hoping to grow and make an impact.

It’s the promise of training and growth that attracts the best young talent to the best companies, where they hope to grow to new heights.

And it’s the security of a steady paycheck, knowing where your next meal is coming from, that attracts people to the prospect of staying with one company for an extended period of time.

Of course, this analogy continues to the next step as well: some marriages end.

We’ve entered an age where 50 percent of marriages end in divorce, and careers today aren’t that different. Even the reasons for breaking up are not dissimilar: sometimes it’s lack of or faded passion, sometimes it’s stunted growth or lack of trust, and sometimes, it’s that people just change over time.

And of course, there are lots of people out there that never settle down into a long-term career or marriages.  Short term relationships, never getting too serious: they work as consultants or brokers, jumping from client to client. There’s nothing wrong with this, as long as it works for the individual.

With this track, there’s the added benefit of passion and new possibilities around every corner, but there’s a certain lack of security that can pull a lot of people away from this kind of work.

For the next few articles of this newsletter, I think we’re going to run with this analogy, because I think it’s a fitting one in this day and age. By the end of this series, we’re going to have discussed, and hopefully answered, these three questions:

What factors lead people to jump into a professional marriage?

Why do these professional marriages break up?

Once they’ve broken up, what happens next?