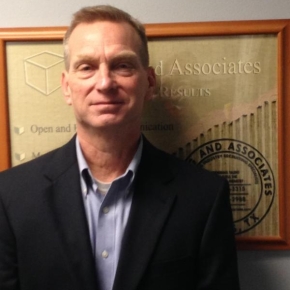 Lately, I’ve talked a lot about America’s Team in this newsletter. This is definitely a reflection of the city my company is based out of, as Dallas has been abuzz with Cowboys talk for much of the past few months. There has been huge talk about the fact that this could be the team to finally end the drought and take the Cowboys back to the Super Bowl. A Super Bowl that would have been conveniently located just a short, four hour drive south of here in Houston.

By now, everyone on the planet knows that the Cowboys will not be playing in the Super Bowl this year. Many are ecstatic at that fact. Like 29 other teams in the league this year, they fell short of their goal of reaching Houston for a chance to win another Championship.

Three weeks ago, we talked about setting goals. I said that any goal you set should be challenging, but also realistic. I told you that the best way to reach any goal you set is to make a plan: break the goal into steps that you must achieve to get to the Promised Land.

But sometimes you fall short.

32 teams start the NFL season with the goal of winning a championship.  Only one team is named champion each year.

You are going to fall short sometimes. This is not up for debate or discussion: it is a fact of life. And if this isn’t occasionally a fact of your life, you’re not reaching high enough. It falls into the same category as “if you’re the smartest person in the room, you’re in the wrong room.”

If falling short occasionally is an unfortunate reality of life, then there’s only one thing to decide when this happens: where do you go from there?

The answer, of course, is simple: you get better.

The first step is going to be to analyze your goal and your progress towards it. Ask yourself these questions:

1. Was the goal realistic?
If your goal was to get your plant to $15 Million per year and only pulled in $12.5 Million, was $15 million a realistic goal based on your past years?

3. Were there outside factors I didn’t account for that held me back?
After you’ve analyzed what you could have done better, it’s worth taking a look at outside factors that might have impacted reaching your goal: did the US economy collapse? Maybe there was a world-wide tree shortage that meant you couldn’t get paperboard to make boxes out of? Maybe Odin himself came down to smite your flexo, stopping production in its tracks.

If the goal wasn’t realistic, re-evaluate what a realistic goal looks like: instead of shooting for $15 Million, perhaps shoot for $13 million.

If you couldn’t sell enough boxes to reach your goal, find new sales people, or tap new markets to expand your reach and reach your goal. If the problem was that your machines were down too often, maybe you need a better maintenance manager or a stricter PM program.

If there was an economic crisis, how can you overcome it, or at least weather the storm? If Odin decreed that you were not to reach your goal, perhaps it’s time to sacrifice some goats to appease the angry deity.

Whatever the case, put your new strategy together and stick to the plan.

The reality is that we all stumble and fall short of our goals on occasion. When this happens, we can choose to quit, saying that it’s too hard and and we should give up, or, we can choose to figure out how to get better and reach our goals the next time.