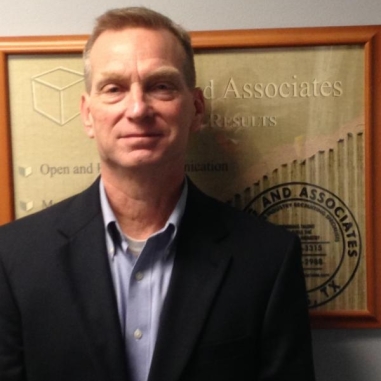 Things go really well in January. The first person has been to the gym 4 or 5 day s per week and has totally cut fast food and soda out of their diet. The other is leaving the plant at 7:00 PM to eat dinner with the kids or wife. They each tell themselves that this is the year that things change.

By March, our first contestant’s gym membership card is gathering dust in some forgotten drawer and his office is again littered with fast food wrappers. Our second contestant is getting in heated arguments with his wife because he missed another soccer game and hasn’t been to dinner in weeks. He promised this year would be different.

Personally, when I set a goal, I want it to be tough to reach. To me, a goal is something I’m going to have to put extra effort and work into if I want to get there. If I know I can reach it without changing much, what’s the point of even setting a goal?

But a goal also has to be realistic, and there has to be a plan.

A guy that spends 85 hours per week in the plant isn’t going to be able to cut down to a 45-hour week overnight. A guy that lives off fast food and can’t see his feet isn’t going to make it to his 185-pound college physique in one swing.

So, as we all get set and start planning out this new year in front of us, I would suggest this piece of advice: Make a plan, and if your goal is a big one, break it up into smaller goals.

If your goal is to lose weight, make a plan. A couple days at the gym per week, and junk food in moderation could be a big enough change to help you reach your goals. And instead of 80 pounds in one swing, shoot for ten pounds over a shorter span. Losing ten pounds at a time will keep you engaged.

If your goal is to spend more time with your family, don’t throw out a blanket statement that you’ll leave the plant every day at a certain time. You know better. Instead, pick one day a week to get home for dinner or to a kid’s soccer game. Start with one night a week. If you can hold that schedule up, try for two days and slowly work towards the schedule you want.

If you’re a small company that barely brings in $10 million each year, don’t set a goal of $20 million in 2017. That’s just not realistic. Instead, shoot for $12.5 million or $15 million. Then, make the changes you need to reach that goal. If that’s hiring a new Maintenance Manager to create a better PM program to decrease overall downtime, plan that in. If it’s tightening the bolts and making the plant higher performance from a culture standpoint, do that. And if you accomplish that smaller goal, increase the number next year.

If you’re a lead-man that wants to be a Plant Manager someday, don’t aim at Plant Manager as your goal. Set a goal to become Supervisor. Once there, make the next step to Superintendent. Aiming at Plant Manager from the bottom rung is just going to leave you frustrated.

There’s a reason coaches preach the “one game at a time” mentality. This mentality allows people to focus on the step in front of them, keeping them from tripping and failing to reach their long-term goals.

Goals are important. They’re what keep us moving forward, evolving, towards a better future for ourselves, our families, and our companies. But, it’s crucial to find that proper balance between challenging yourself and being realistic about what you can accomplish.

And, as I’ve shared before, a sentiment my father shared with me often growing up was that an average guy with a plan will always beat a genius with out one.

So, set a reasonable goal and make a plan.

What do you want to accomplish in 2017 and what are the steps to getting there?