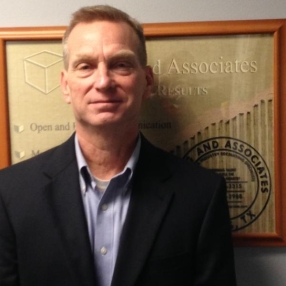 A few years ago, my Director of Operations came to me and said that we should re-start our newsletter that had been dormant for a few years.

I asked him why he thought that was a good use of our time, and he replied that he thought an e-newsletter was a great way to engage the industry we work so closely with, and open lines of discussion on HR and career topics that affect the people we speak with every day.

He continued to say that it would allow me to share my experiences and perspectives as a recruiter and consultant, helping people in their career paths, and also allow for prompt feedback from the industry about each idea.

As you can all tell, writing is not the most natural thing I do, but I agreed with his points, so Outside the Box was reborn as an E-Newsletter.

In the years since, we’ve covered topics ranging from company culture, race and age discrimination, and best interview practices. Often, I’ve been told by industry friends to avoid certain topics that we’ve touched on because they were too inflammatory, but the goal of this newsletter has always been to open a discussion, and we have succeeded often in opening interesting dialogue on uncomfortable topics.

But never like the response to the last newsletter.

When I hit send on the last newsletter, I had no idea what I had unleashed into the corrugated industry. In my mind, the article was just the next logical step in a series of articles that compared long-term careers to personal relationships and marriage.

With the goal of opening a discussion in mind, the last newsletter was wildly successful. I received calls and emails from people I hadn’t spoken to in 10 years, wanting to talk about the article I put out. Some of it was positive, some of it was negative, but it was all productive, I feel.

Some people felt the newsletter hit a little too close to home: they feel like perhaps they aren’t doing their best work in a situation that isn’t right for them, and that made them uncomfortable. Some felt it was way off base: that you do a job regardless of fit, until you’re told not to. Some felt that a 500-700 word newsletter wasn’t the appropriate arena for such a discussion because it didn’t allow for enough depth, which resulted in too simplistic an approach to a wildly complicated set of situations.

At the end of the day, I think there is legitimacy to all of these arguments, and acknowledge that every single person’s situation is different. But, I was delighted that people felt comfortable enough to answer and open dialogue with me if they disagreed.

Regardless of your stance on the last newsletter, I appreciate all of the input we received from the industry. This kind of dialogue only serves to make both sides better.

So, thank you all for reading, and I look forward to future discussions on topics that are central to the corrugated industry.