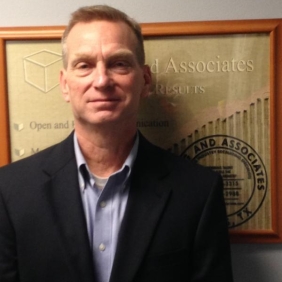 January 1st always brings a wave of social media and in-person protestations: this year is going to be different! I’m going to be a totally different person this year!

People plan to lose 50 lbs. in January, or become a GM this year, even though they’re only a Supervisor now. And those things just aren’t going to happen.

Now, I’m not against setting New Year’s Resolutions or other types of goals. In fact, most of the newsletters I send out revolve around goals of some kind. But, I am against being unrealistic.

A 400 lb. man that goes to McDonald’s twice a day, drinks soda non-stop, and hasn’t seen a gym in ten years isn’t going to get down to his ideal weight in a month, or maybe not even in a year.

If this all sounds familiar, it’s because you’ve been reading our newsletter for at least a year and know that we talked about this same exact thing 364 days ago, when the first newsletter of 2017 went out.

And the same thing happens every year.

Last year’s article focused on goal setting. It said to set smaller goals in order to get to the larger, strategic goal step-by-step.

That is still a legitimate mindset, and I think it works because of how we, as human beings, tend to be. We, especially those of us that are in the “older” category, tend not to change very easily.

Those of us that have displayed no desire for growth aren’t going to change into an ambitious climber overnight just because the number changed at the end of the calendar. The guy that was too lazy to cook his own meals, or go to the gym, isn’t just going to grow dedication and drive to be better overnight.

That’s just not how it works. Real, lasting personal change for the better takes a long time, it takes hard work, and it happens one step at a time. It’s why gyms are packed on January 1st, and empty by March 1st.

The 400 lb. man can start by making a plan to cook healthier meals at home 3 nights per week. Then, once he’s done that, he can start working on getting to the gym.

Before long, those sodas don’t even sound good anymore, and eventually, after putting in the time, and taking it step by step, he’ll have reached his goal.

The Supervisor can start by talking to his Superintendent or Plant Manager about his desire to grow and follow their advice. He can asked to be added to the Safety Committee, or something related. He can show up a few minutes early each day to learn about another department. Little steps to grow.

Then, suddenly, he’s a more valuable, driven teammate that has started to climb the ladder some. One step at a time, he’s made the changes to eventually reach his goals.

So, I’ll finish this article the same way I finished last year’s: If you want to better yourself in the New Year, the first step is to make a plan. The second is to execute it.

What do you want to accomplish in 2018, and what are the steps to getting there?